Thunder Hole was on our list for attractions to see while visiting Acadia National Park, but we knew that to witness the loud crashing of the waves was an unpredictable event.  The intensity of the waves depends entirely on the conditions out at sea and the timing was crucial.  Many say the best time to go to Thunder Hole is midway between low and high tide. In reality it is a matter of great timing and perfect luck.

The seas were really calm pretty much the whole week that we were there, so we never really got to hear more than a few grounding noises and neither did we witness the water blowing up 30 feet up into the air as we’ve seen in some pictures. It was still pretty amazing to see the force of the ocean as it flows through the narrow channel in the caves.

The gorgeous views from Thunder Hole are undeniable. You can see Sand Beach to the north and the Great Head to the right. To the south is the spectacular 110 foot high Otter Cliff, one of the highest headlands north of Rio De Janeiro. 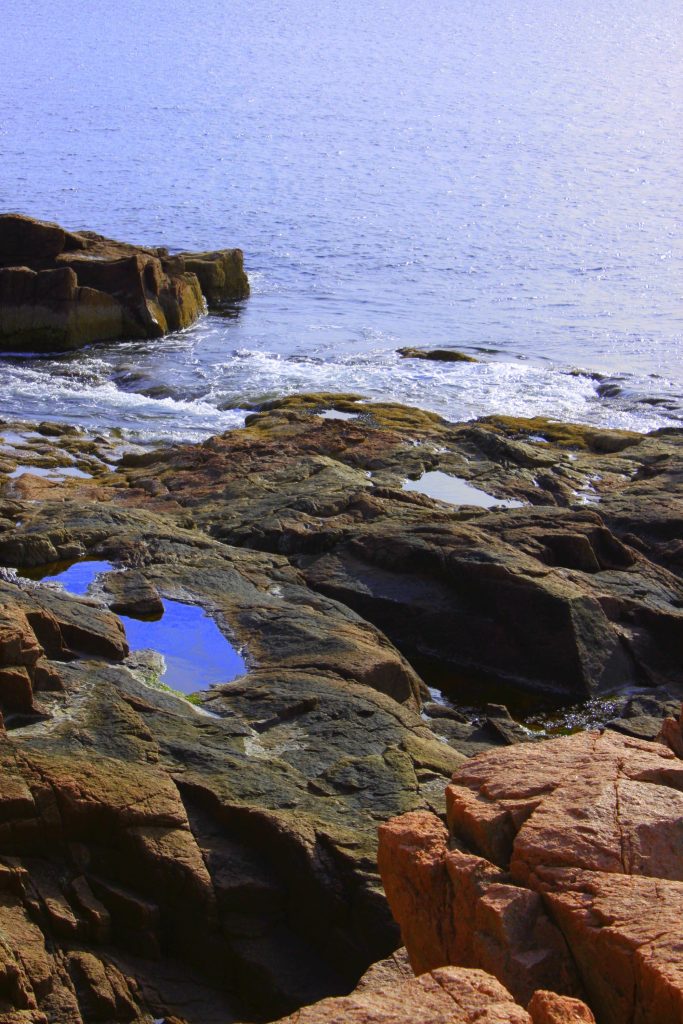 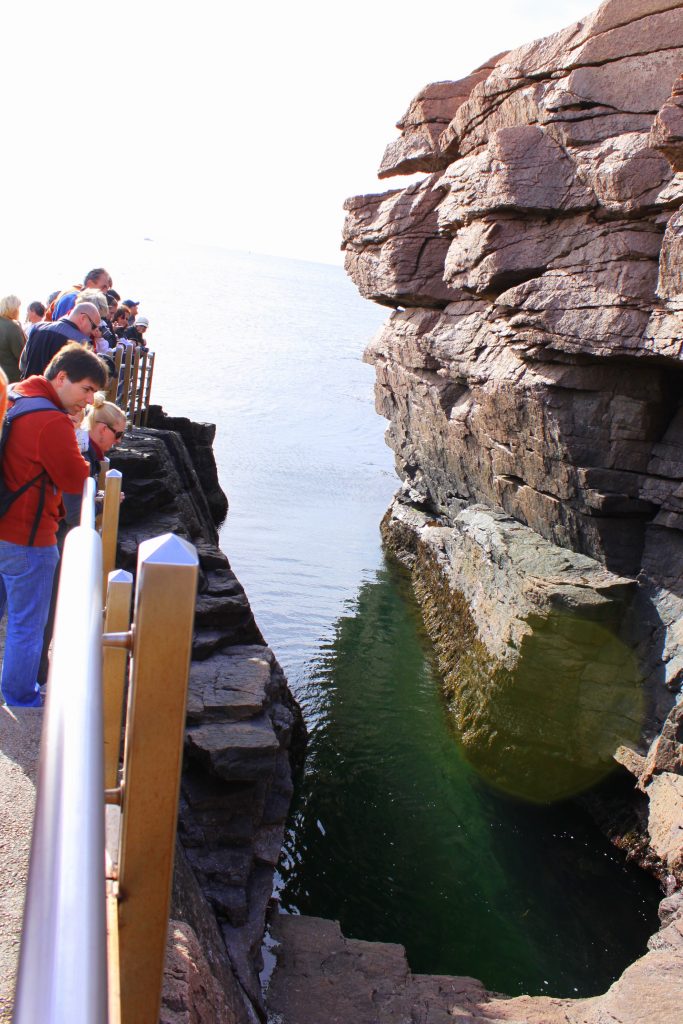 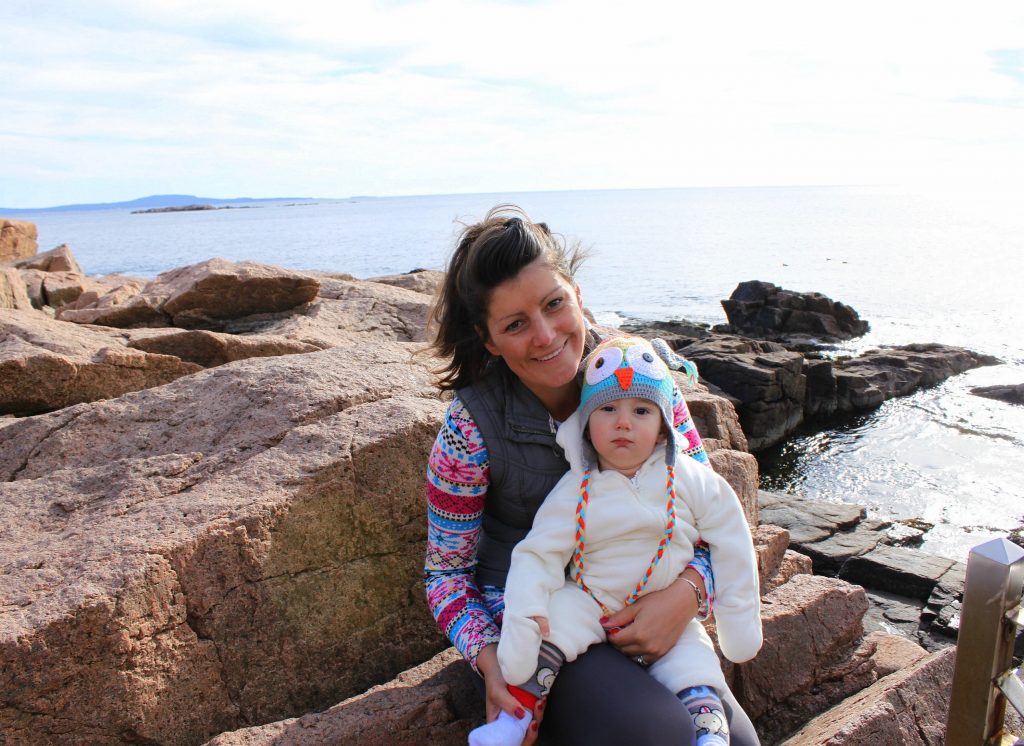 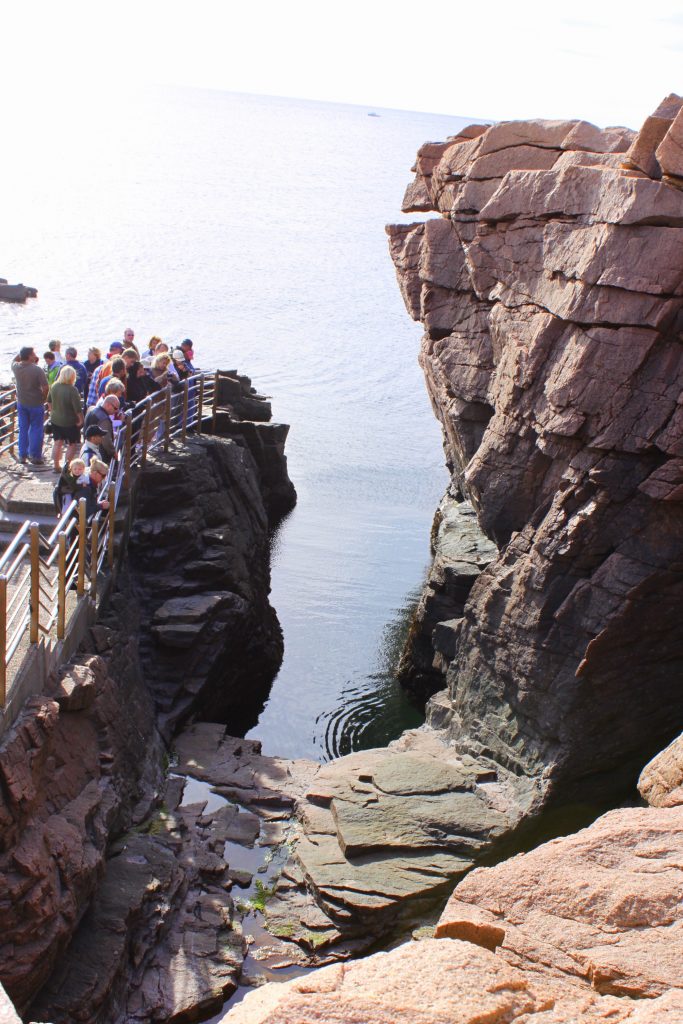 There were surprisingly quite a lot of visitors for the relatively early hour in the day,  but there was still enough room for us on the platform where we could get close and look at the hole. We were planing on sitting on the rocks for a little longer but unfortunately our little guy was not agreeable so we made our way out and find the gift shop for some snacks. 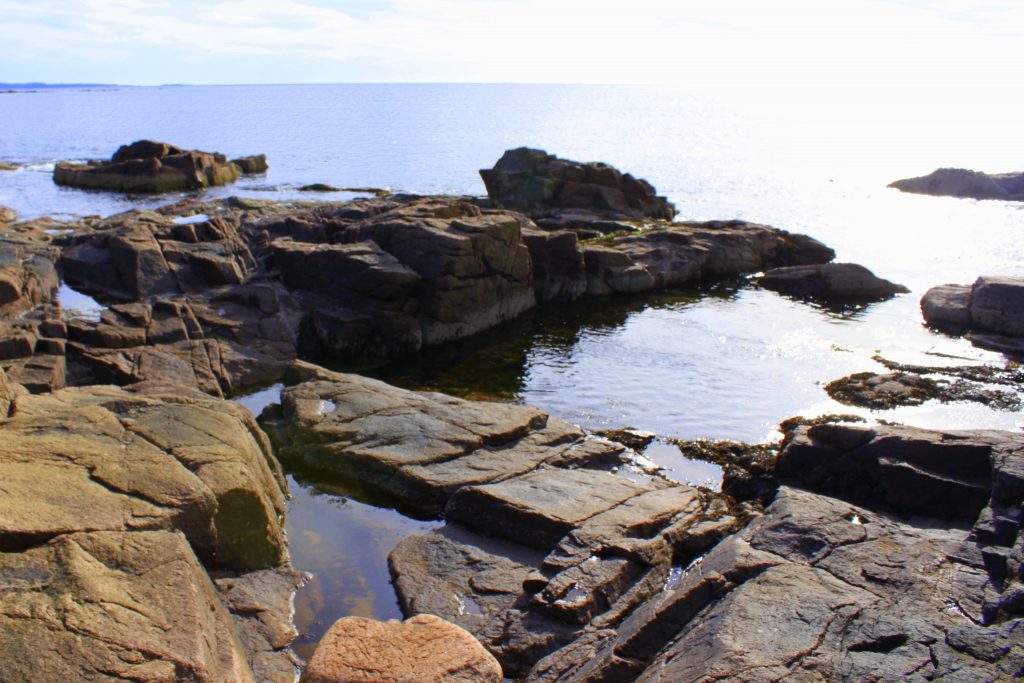 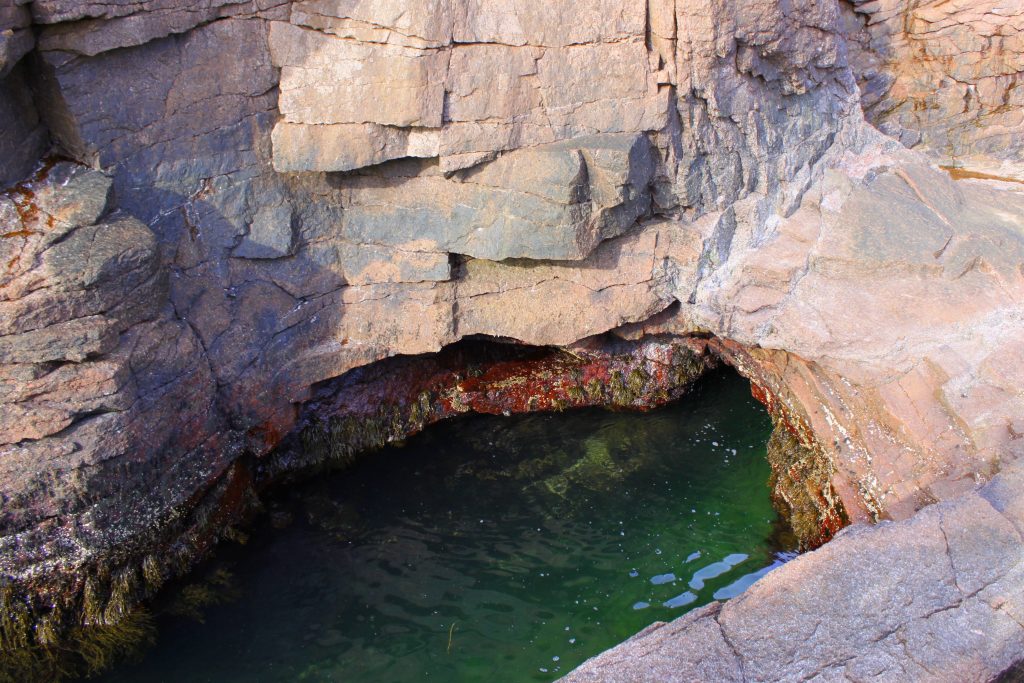 The lady at the information center told us that we have the best chance to witness the spectacular show that Thunder Hole puts on for visitors when the sea is rough and after a storm because the rougher the sea is, the louder the thunder is coming out of the hole. She told us that Thunder Hole puts up the best performance during the months of October and March and that they even had to close the observation deck at times because the force of the waves was so strong. It is during those months when Thunder Hole lives up to its name.

We did not leave disappointed. Instead we looked at it as an incentive for coming back to Acadia National Park again. As if we needed another reason.

Taking the short trail back to Sand beach from where we started our hike to Thunder Hole, we found ourselves already making plans for returning to this beautiful spot and had to admit to ourselves that we were a slightly excited that the waves didn’t necessarily drenched us since it was a little chillier that day. 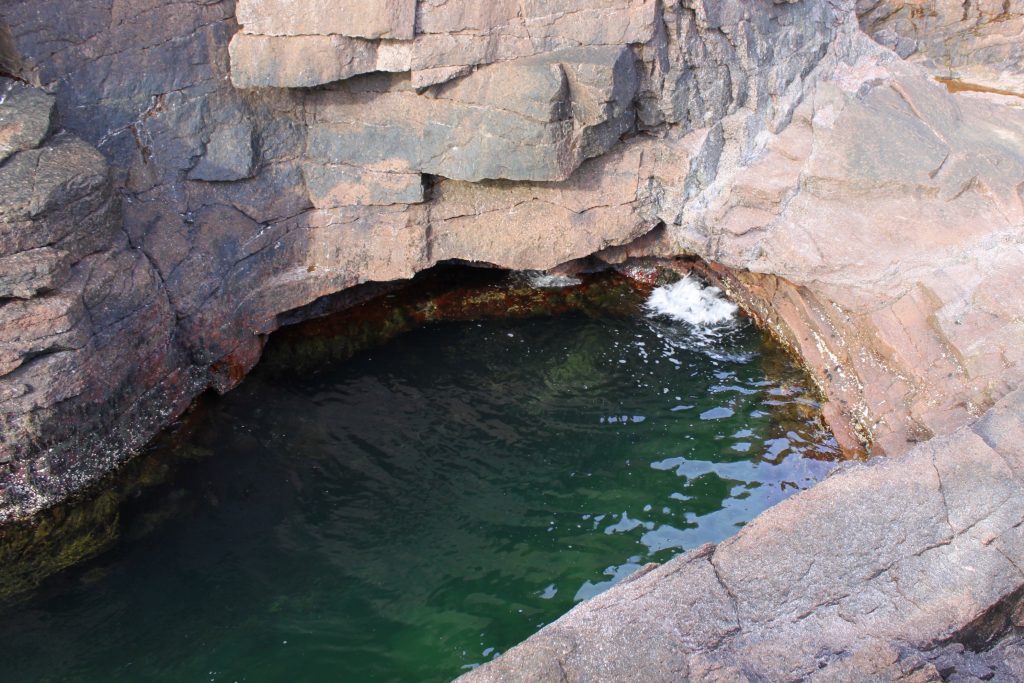 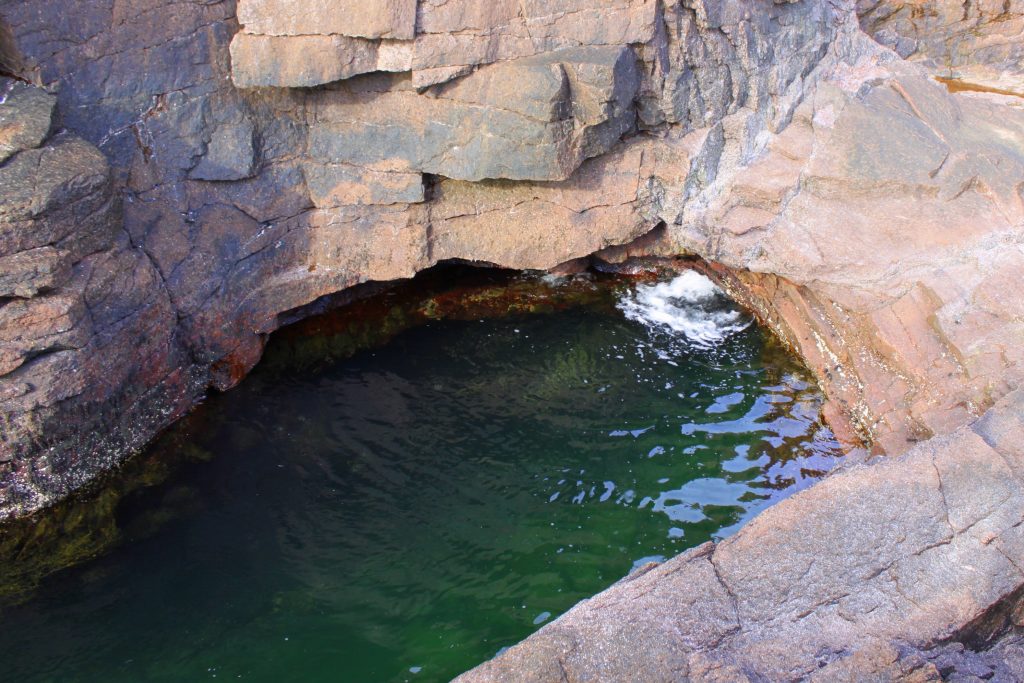 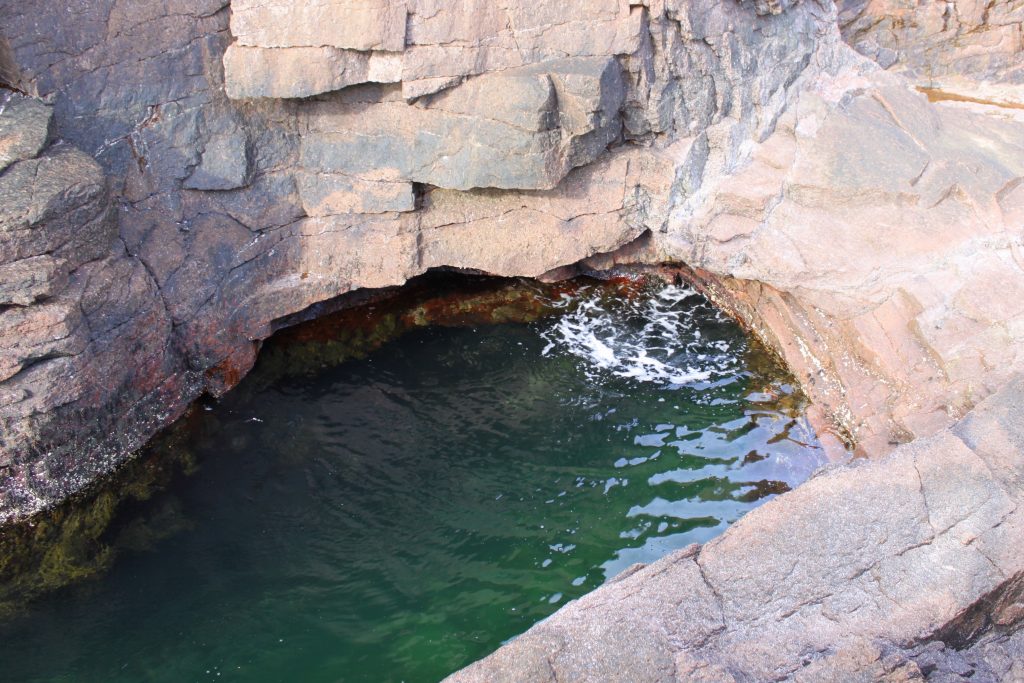 The Thunder Hole is open daily during Park operating hours and can be found here:

A Secret Garden in The Berkshires3 Total Shares